For more information, email us at charlotte@ counselingconnections.org Be Humble, I Dare You…
by Dawn Lawless

A friendship is born at that moment when one person says to another: “What! You too? I thought I was the only one.” C.S. Lewis, “The Problem of Pain” (1940)

The concept of friendship is not foreign to any of us, but what sets some apart from others? I confess. I Googled friendships. Albeit, I didn’t read all 26+ million links, what I did read revealed common themes linked to humility, care, concern, affection, respect, trust, and love. The length of the relationship wasn’t nearly as important as the connection itself.

Reflect for a moment, and consider the most meaningful relationships in your life…

In 1987, I met a man named John. His home was fashioned from cardboard boxes, and his two children along with his wife quietly sat on a handed-down quilt while I interviewed him about how he ended up homeless. John, in a gentle voice free of frustration at my immature and quite insensitive questions, politely responded with words that forever changed my perspective.

You see, I walked into that situation with pre-conceived notions about WHY John was homeless. I thought I knew WHY his wife and children were living on the streets, and to be honest, I made assumptions that were based on my prejudiced views about how I thought John SHOULD be living his life. In those brief moments, I learned about true humility.

John was literate, educated, and had a job, but the cost of living exceeded his income; hence, homelessness. Why was I so quick to assume a lie? Why didn’t I first consider him as a fellow friend? While I’ve never been homeless, in those brief moments, I experienced a profound connection…more than I ever would have thought. A friend ship was born.

Live in harmony with one another. Do not be proud, but be willing to associate with people of low position. Do not be conceited. (Rom 12:16)

How often do we make assumptions about others we encounter, and as a result miss out on opportunities to relate? To form friendships? What if, as C.S. Lewis stated, friendships were born all over our community because we took the time to connect and learn that we all have more in common than we thought? That would require true humility.

What about mental health? How many of us actually experience fluctuations in our brain chemistry that cause us to struggle with depression or anxiety, but because of pre-conceived lies that have formed a social stigma, we avoid openly talking about it.
Be completely humble and gentle; be patient,
bearing with one another in love. (Eph 4:2)

What would our community look like if we heeded these words, and formed new unplanned friendships that were free from assumptions, pride, and prejudice? Would our community be mentally healthier? Would we have fewer divorces, reduced child abuse or family violence? Would someone be able to openly share that they were struggling with balancing life stresses, and as a result of that friendly conversation, prevent a suicide?

Anyone remember the WWJD bracelets that were so popular in the 1990s? They signified a moral imperative for action…to be Christ-like. As a friend to many, Jesus is the epitome of humility, and he is the best example we have of true friendship because he gets us; he listens; he is trustworthy; and he loves us in spite of ourselves. Jesus doesn’t get caught up in the game of pride; he doesn’t make assumptions about why someone is the way they are, and he doesn’t condemn those who seek help. He is all about the heart of the relationship.
Finally, all of you, be like-minded, be sympathetic, love one another, be compassionate and humble. 1Pet 3:8

BE HUMBLE. BE THE CHANGE.
WHY? MENTAL HEALTH MATTERS!

As we continue this 2017 campaign: BE THE CHANGE, consider the courage it takes to humble yourselves; to truly love and to reach out to those in need. Mental health matters to all of us and to the future of our community. God wants each of us to impact change through His love.

Stop the stigma of mental illness by supporting our efforts. Your input matters! If this were cancer, you wouldn’t just say, “Get over it!” Be a trend-setter, and make a difference by taking these few action steps toward a healthier community.

***To get involved and learn how you can BE THE CHANGE this year, contact us at  charlotte@counselingconnect ions.org.

To connect with Dawn Lawless, LCSW, LSOTP directly, email her at dawn@counselingconnections.org

Become an Ambassador for Change

For $25 a month, your financial support will help change the lives of some of our most vulnerable neighbors. With your help, we will continue to care for the mental health needs of the children and families we serve. Thank you for Being the Change!

Please consider becoming an AMBASSADOR FOR CHANGE!!! Simply text 281-533-8446 with the amount you would like to give and you will be provided with a secure URL or visit https://www.counselingconnections.org. 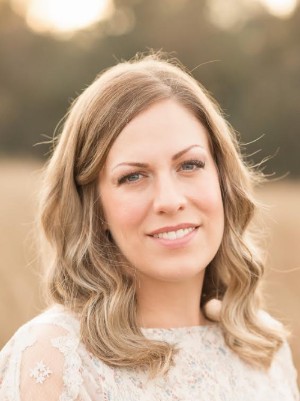 Sarah Kinsworthy, Ph.D., LPC-S, RPT is a Licensed Professional Counselor-Supervisor and is licensed under the Texas State Board of Examiners of Professional Counselors. She is also a Registered Play Therapist. She earned a doctorate (Ph.D.) in Counselor Education from Sam Houston State University (2010), a master’s degree (M.A.) in Counseling from Sam Houston State University (2006), and a bachelor’s degree (B.S.) in Psychology from Texas A & M University (2003). She has been practicing since 2006.

Dr. Kinsworthy has received numerous awards for her work in counseling at the university and professional levels. She is a published author, with articles in multiple peer-reviewed counseling journals. She has also received several grants at the university and community levels for her work in the field of counseling. Dr. Kinsworthy specializes in the areas of play therapy, depression, anxiety, trauma, abuse, counselor supervision, and is currently becoming certified in EMDR. She works with individuals, families, children, and groups. 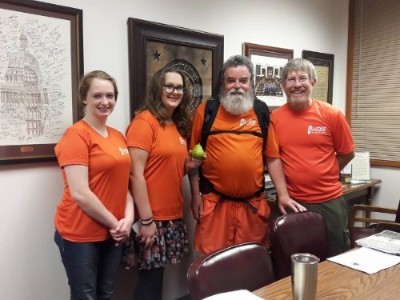 So…how do you impact change? You have passion and a whole lotta persistence! Tom Kennedy has both and our CEO, Dawn Lawless and her daughters were blessed to spend the morning with him and Leo Walker of Hike for Mental Health as Tom walked the last mile (of 300) to the Texas Capitol to raise awareness about mental illness. This definitely inspires us to stay the course.Tom Kennedy began his 300 mile walk from Houston to Austin, Texas, on February 1. He walked to shed light on the perils of the stigma surrounding mental illness and asked supporters to mail him postcards with the words, “Let’s Eliminate the Stigma of Mental Illness.” The team delivered the postcards to Texas legislators on March 1.Each year Hike for Mental Health hosts a Veterans’ Day Walk that supports the veteran services provided at Counseling Connections. We love this partnership! Add us to your address book

Want to change how you receive these emails?
You can update your preferences or unsubscribe from this list

If you are in immediate danger, please call 911 or go to your nearest hospital.